Showing posts from June, 2018
Show all

THE BEST UNIVERSITIES OF IRELAND

Technology Hub: One of the biggest reasons to study in Ireland is that it is the hub of growing technology. The most iconic tech companies can be found here offering good internships and employment opportunities post your studies.
Applied skills: The educational approach in Ireland is more practical than other countries.  The universities aim at advancing applied skills, making your dream to study abroad worth it. As technology is a fast growing industry, it makes sense to be brilliant in its applicability.
Combine courses: Many colleges in Ireland offer combined courses like IT and designing, IT and manageme…
Post a Comment
Read more 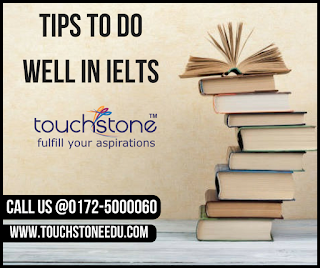 IELTS listening module is quite scoring and interesting. However, some students find it tricky because the audio is played only once and one has to listen, read as well as write, all at the same time. This may sound like quite a task, but it is quite simple, really. Just a few easy tricks will come in handy.
Understanding the Module:
First of all, it is important to understand the design of the module. IELTS Listening consists of four sections, with 40 questions in all. As you progress through your sections, the difficulty level keeps increasing. This means that section one will be the easiest, while section four will be the toughest. Like reading, the listening module too has various question types like:
Table completion Filling out Personal Information Diagram Labelling Sentence Completion Multiple Choice Questions Matching Speaker to Opinion Matching Information Short Answers
IELTS Listening audios contain general conversations about every day matters, discussions about college courses, discu…
Post a Comment
Read more

How Can You Avoid Making Errors in the Speaking Section of IELTS? 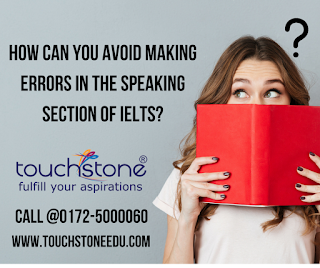 The speaking and writing sections of IELTS are often considered as the toughest to score on. It is highly essential to use appropriate English grammar and vocabulary to do well in this exam. Join IELTS training classes at Touchstone and enable yourself to score the required bands in IELTS.
Some of the most common errors made by candidates in the speaking section of IELTS are enlisted below:

1.Don’t take any more than a few seconds to channelize your thoughts and cite the answer during the speaking session. Remaining silent for more than 5 to 10 seconds will have negative impact on your score.

2.Do not start citing answers from memory. Examiners are well trained and experienced enough to make out that your answer is memorised.  Even if the answer is memorized take suitable pauses, inject your sentences, thoughts, and ideas into the answer. If you give a memorised response without adding your thoughts, you are likely to lose marks.

How are PTE and IELTS different from each other 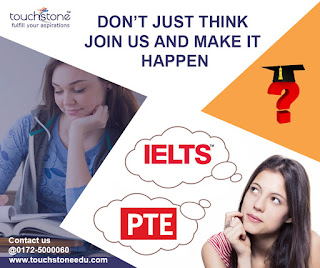 Students who want to pursue their studies in English speaking countries must prove their English proficiency.PTE Academic and IELTS Academic are English proficiency tests which generally accepted by educational institutions in countries like Australia, Canada, New Zealand, UK and USA. Though the objective of both the tests is the same, but the methods of conducting and evaluating them are distinct. The following tables show score equivalents of these 2 tests. Before deciding which test to take it is very important to confirm the exact requirement of the institution in which the candidate is seeking admission.


We decode for you the differences between the two
●IELTS in comparison to PTE is more recognised and accepted by a greater number of countries and institutions. ●In the IELTS speaking module, you will have to speak to an examiner who assesses your English speaking skills while in PTE you speak in a microphone and the scoring is done by a computer programme. ●In IELTS, all the skills …
Post a Comment
Read more

Build up your Ability to Think in English – Expert Tips 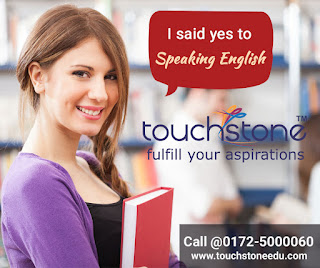 Transmuting your very own language into English is useful to a point. Yet, to really ace English,you should think in English. But here arises a major issue - how to think in English? Before we can answer that query, in any case, we should first take a gander at an alternate inquiry.
Why think in English?
So for what reason do you have to think in English in any case? Is it accurate to say that it isn't sufficient to talk in English, while as yet supposing in your own native language? Well, yes and no. The reality of the matter is that numerous effective English students utilize English, yet don't really think in English. But, there are unmistakable advantages to considering and talking in your second language.
Thinking in English can enable you to think all the more distinctly
The more you concentrate on a task, the better you do, isn't that so? All things considered, abnormal as this sound, this even applies to the task of considering. Truly, it is likely to be more cente…
Post a Comment
Read more

The Best Way to Prepare for TOEFL 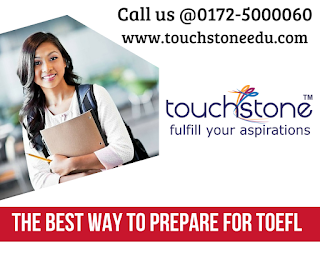 Getting ready for the TOEFL test doesn't need to be excessively complicated. Indeed, studying for the exam can even be as fun filled as reading comics. The TOEFL test is intended to judge the English aptitude skills of non-English speaking individuals by testing their written work, perusing, tuning in and talking capacities. This may sound frightening to begin with, however that is alright. It is normal to feel somewhat anxious or overpowered. But, it is a truly helpful test. The TOEFL test is all about utilizing genuine English in real life. It is not about complex linguistic use and troublesome vocabulary that you could never use, in day to day life.
So when you practice the TOEFL test, you are likewise setting yourself up for using English, in actuality—like at a college or a job. Despite everything, you have to breeze through the test with a decent score to achieve your goals.
With the accompanying demonstrated methodologies, you will have the capacity to effectively get ready…
Post a Comment
Read more
More posts